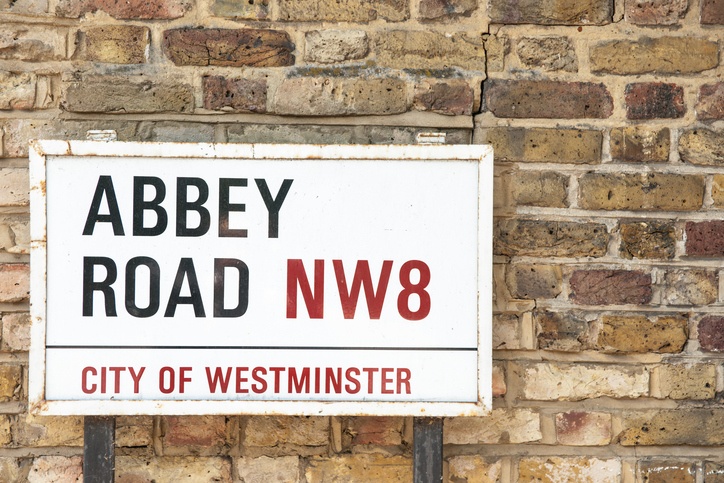 From Abbey Rd. to Blockchain Blvd.

Do you remember when the Beatles released Rubber Soul?  Not being alive in 1965 meant I was unable to experience this first hand, but as an avid fan I've done some research so bear with me for a minute.  The album arrived as a shock, it was unlike anything the public had heard before.  It was a dramatic departure from their previous material and the band's maturity was perceptible in their songwriting and lyrical content.  While fans initially struggled to wrap their heads around what they were hearing, fast forward 6 months and they couldn't live without it.

What the Beatles had done by pushing the envelope was to ferry their fans along a journey which would lead to the eventual Sgt. Pepper's and later on Abbey Road (records which are consistently part of "top albums of all time" lists).  You may be asking yourself where this is going, and I promise there is a point.  Bitcoin was publicized as Blockchain 1.0, Ethereum as Blockchain 2.0, and the continual evolution of the technologies has everyone speculating as to what's next?  So am I saying that "I Want to Hold Your Hand" was Beatles 1.0 and Rubber Soul was Beatles 2.0?  Maybe.  The point I am trying to make is that it's shortsighted to think that the Sgt. Pepper's of blockchain couldn't be right around the corner.  Too often I hear the comment that "Bitcoin will never work for pharma" and to that I say, yeah - couldn't agree more.  Akin to the girl with kaleidoscope eyes, that type of vision blurs the real world headway that is occurring even as you read this.

In the last blog, we discussed a pilot which Systech and RxTransparent were presenting as part of the Center for Supply Chain Studies blockchain work group.  We were extraordinarily thankful to be a participant in the study and thank the C4SCS for a very well-attended and thought provoking event.  The audience constituted a cross section of the industry including regulators, authorities, brand owners, physicians, solution providers, and distributors.  While we all wondered who invited the wholesale distributors (cough cough… looking at you Mr. Mooney), nevertheless the event sparked in-depth conversation and intriguing presentations from all the color coded study teams.  The Systech/RxTransparent Green Team shared our results in our presentation and I will summarize them here.

Our initial POC was built on Quorum (an enterprise focused Ethereum variant developed by JP Morgan) and hosted on the Microsoft Azure cloud.  These were really choices of convenience for us in that Azure had Quorum templates which were readily deployable with little overhead and our respective companies already had Azure accounts.  More importantly, the platform supported smart contracts which allowed us to tackle some of the governance and functional operation topics which were part of our objectives.  We utilized the Systech UniTrace platform to represent the manufacturer and distributor by generating the EPCIS commissioning, aggregation, and shipping messages and the RxTransparent platform to manage the provider side and dose dispensing.

While we were whole-heartedly pleased with our results, we are also pursuers of knowledge which lead us to a fork (blockchain joke) in our pilot.  The point I was trying to make earlier was to keep an open mind educate yourself on the advances being made.  We took some time to research a platform which launched relatively recently called Hedera.  This platform is based on DLT (distributed ledger technology) called DAG and runs a consensus algorithm called hashgraph.  What is DAG you ask?  For anyone who dislikes being in the weeds, skip to the next paragraph now….. DAG stands for Directed Acyclic Graph which is a directed data structure which utilizes an ordering topology which sequences from earlier to later.  Got it?  Let me say that another way, if blockchain is like a piece of thread, DAG is like a knitted scarf.


This technology touts the promise of higher transaction speeds than traditional blockchain, no mining required, and a low fee structure.  Considering that transaction speeds is perceived as one of the major weaknesses of blockchain, you can understand our interest in a platform which is measuring their sustainable throughput in the hundreds of thousands per second with latencies measured in fractions of a second.  Seems to take that speed issue off the table.  The hashgraph consensus algorithm based on gossip protocol allows each node to very rapidly know where to put a transaction and that everyone else knows where to put it too.  We are all so good at gossiping, only natural to tell computers how to take advantage of that.  Couple all of that with the byzantine tolerant security they substantiate and you have yourself something worth taking a look at.  Byzantine who?  No I am not saying this system is tolerant of the faults of the eastern Romans of the middle ages.  The Byzantine generals' problem is a computer science logical dilemma.  Generals and their armies must all attack at the same time knowing there is a traitor in the midst.  That malicious actor could lead to miscommunication and the loss of overall cohesiveness.  Blockchain deals with this logical problem using different means, one being proof of work.  Before I trust you, solve this complex math puzzle.  The point of this is that systems which hold information important to its users often become targets.  Denial of service attacks can disrupt even decentralized systems, so security becomes of utmost importance and provides huge value for a platform.

Like the Beatles, the best may be yet to come with regards to blockchain or DLT technologies.  Yeah, there'll be some Ringo numbers which come along (I have nothing but love and respect for Sir Ringo, but going head to head with John, Paul, or George is like me squaring off with Mike Tyson).  Blockchain or DLT has the potential to add that layer of trust, something which is missing today, and do it without disrupting your day to day business operations.  So I only ask that before you jump to conclusions, stop to think about the bigger picture, embrace that something which may seem weird today may be a cornerstone of business tomorrow.