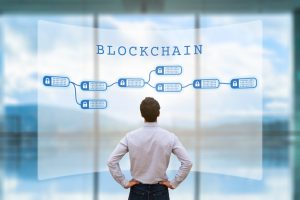 Blockchain is here, real, and ready for the Pharmaceutical supply chain

Blockchain, as a ­technology, has the potential to redefine how business is conducted. Its capacity to be a trusted and secure digital record or ledger has significant real-world applicability.  Many different industries are ripe for disruption including any industry involved in supply chain operations.  One industry that looks prime for the adoption of blockchain is pharmaceuticals.

While pharmaceutical and healthcare trading partners may not be exchanging bitcoins or mining ether, development of a distributed platform that will meet track and trace regulations and requirements could be met using blockchain technology.

In a traditional distributed ledger, think bitcoin, the blockchain is public and each participating node has a full copy of the data, meaning there is a consensus between the nodes of the true state of the data.  Now let's apply that concept to the supply chain.  I am willing to bet all the bitcoins in the world that the public distributed ledger model will not be adopted by industries such as life sciences -where manufacturers, wholesale distributors, health systems, and dispensers would have to share critical business data.  So the question now becomes one of data privacy while enabling data sharing.  How can they take advantage of the value offered by blockchain technologies while sharing data and maintain the right level of data privacy?  The main concern with public data is that competitive insight could be derived from simple data mining.

Now let's not confuse the monetary aspects of cryptocurrencies and ICOs (initial coin offerings) with the underlying blockchain technology that could drastically change supply chain operations.  The real genius of cryptocurrencies and the underlying systems, when you stop and think about it, is how a single person created a concept so forward thinking and radical that in only a few short years its market cap has exceeded a trillion dollars.  This is based on speculation that the implied value of these coins will increase.  Most of these have no assets backing them up.

Let's not focus on any specific industry for a moment and ask yourself this question: "Can I without a shadow of a doubt prove that my data has not been changed?"  One undeniable value of blockchain technology is the ability to provide immutability through cryptographical proof that data has not been tampered with, modified, or otherwise manipulated.  That is a powerful tool in a world of cyber criminals and data privacy hacks.  Think about how many Fortune 500 corporations have been the victim of a cyberattack.

So let's examine options for balancing data sharing and data privacy.  There are many blockchain technologies which are based on a consortium based sharing, while others offer permissioned access.  While this may help alleviate certain data privacy concerns, it does minimize the true spirit of traditional blockchain models.  Another popular approach amongst vendors is to use hashing mechanisms to encrypt data and store only a small subset on the blockchain.  This allows for minimal data writing to the blocks which should increase transaction speeds while keeping data anonymous.  Then when a query is made, the hash can be confirmed to ensure there has been no change to the data.

One last topic to explore is transaction speeds.  Traditional blockchain platforms can take exceedingly long amounts of time and vast amounts of compute power (think about all the miners) to gain consensus on a transaction.  And because many data miners could possibly work the same cryptographic puzzle, only one will win the mathematical race which can result in inefficiency and wasted resources.  However, it isn't inconceivable to think that if certain technologies can support thousands of transactions per second, it is only a matter of time they will support 10s of thousands per second.  The technology is expanding at a rapid pace with many brilliant minds streamlining and creating more efficient models and consensus approaches.  The mining “proof of work” concept may disappear as the technology evolves to such approaches as “proof of stake”.

There are many parties trying to address the myriad of questions surrounding how blockchain may be the end-all-be-all answer to supply chain interoperability, as well as data governance, data privacy, scalability, and discussing limitations of blockchain as a technology for the supply chain.  Blockchain has gained traction in many industries including financial, healthcare, government, housing, and many others and is attracting some brilliant minds.  The first step is to open your mind and see change as a positive. We’ll look deeper into the various challenges in future blogs.