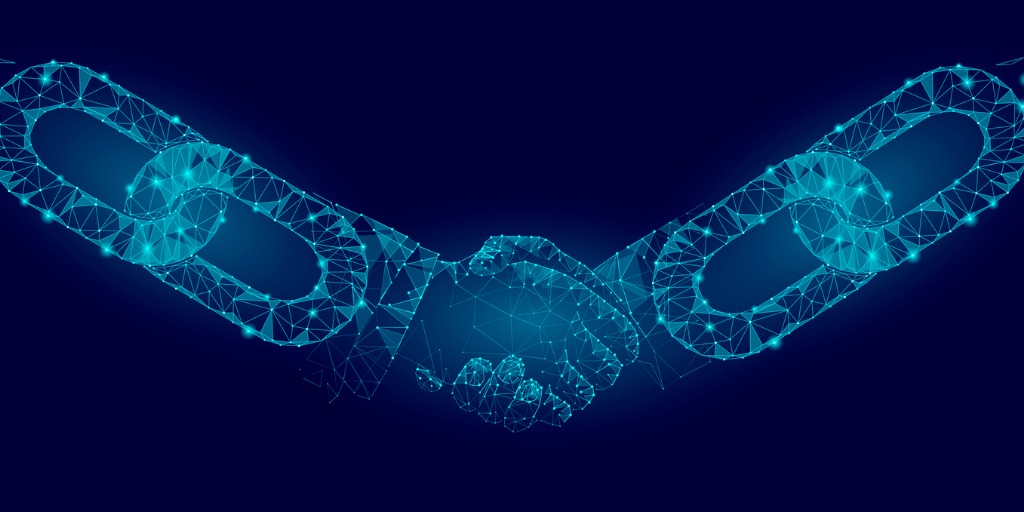 There is a sharply polarized view within the healthcare industry as to whether blockchain is the holy grail or Dante’s 1st circle of hell.  This truly hyper-partisan view of a technology leaves us all scratching our heads on what to believe.

Having spent a considerable amount of time trying to “hash” (no pun intended) through the information, I envision this platform providing real value.  Let’s be honest here, pharma is not generally known for being the most expeditious when it comes to adoption of new technology.  I mean, we've been talking about serialization compliance for over a decade and even to this day compliance dates are being pushed back.  But the tire kickers need to look further to the end goal of interoperability, which, is not far off, must take root now, and blockchain could be that idea.

Many of you reading this right now have already begun to exchange serialized electronic data with your trade partners.  Some of these methods provide higher levels of security by utilizing encrypted connections, encrypted payloads, and public/private keys.  But at the end of the day, if your records and your trade partner’s records do not match, how do you prove without a shadow of a doubt who is right?  Now ask yourself this question “Do you have the ability to prove that your data is immutable?”.  Is your data unable to be changed?  So here, the question of value becomes one of security.

So what if blockchain could offer that security? One undeniable value of blockchain technology is the ability to provide immutability through cryptographic proof that data has not been tampered with, modified, or otherwise manipulated.  Math; complex math can offer security.  The word immutable is important and is synonymous with blockchain because the ability to prove that data was not tampered with must hold up in a court of law.  Now let’s be clear, the data is not written by the finger of god, carved into stone for all eternity.  The underlying concepts provided by blockchain technologies are complimentary and together help build immutability.

So how can we rationally prove whether this technology can live up to the hype?  As an analytical thinker….. and a Gemini, the only way I am personally satisfied is by actually doing and exploring all the different angles.  So we went off and did just that.

Systech and RxTransparent represent both ends of the supply chain spectrum, so we figured what better a scenario to experiment with blockchain.  Collectively, we are currently executing a practical blockchain feasibility pilot as part of the Center for Supply Chain Studies blockchain group and will be presenting the results of the pilot at Johns Hopkins at the end of April.

We wanted to use this opportunity not only as educational, but to actually tackle some of the proverbial elephants in the room.  How to maintain anonymity while providing transparency?  How to provide governance in a more public paradigm?  How to ensure data security and immutability?  And how to prove or disprove efficiency and scalability?  This pilot will attempt to address these topics and demonstrate :

The pilot charter boiled down to what we call a reference model of the bare minimum that is necessary to hold on an industry interoperable block chain, or "on chain".  There are key data elements which can be kept as public while assuring that no competitive insight can be deduced from simple mining.  Such data as EPCIS event type, the last known GLN location, the GLN of the manufacturer, and GTIN will allow the product and location to be identified.  Additional data will be posted to the blockchain to flag such attributes such as whether the product is in commerce, is regulated by DSCSA, is grandfathered, and/or is fit for use.

The pilot system will provide interoperability to allow manufactures, trade partners, and health systems to connect and share data.  This is key as we are all working towards the goal of interoperability in pharma.  The interoperable platform will attempt to address the data governance and participation barrier of the industry by making protecting transactions one of our top priorities.  When an entity joins the permissioned blockchain network they will be granted a private key that they control and it will represent them on the network for posting and unlocking transactions.  And speaking of transactions, anyone who has been listening in on the blockchain conservative right and liberal left arguments knows that transactions speeds and the ability to meet real world rates is considered a major limiting factor of the technology.    I’m personally in the camp that if speeds are a fraction of what they need to be, and with the amount of resources currently invested in improving the technologies, that it is not inconceivable that if we can do 100 transactions per second today, that number could be 100x or 100,000x in a relatively short period of time.  Take that thing we still call a phone out of your pocket, enough said.

While the notion of jumping on the bandwagon and launching a coin offering was tempting, the fully public blockchain model would be terribly inefficient for this pilot, nor did we want to entertain the notion of supplying the 1.21 jigawatts of computing power the resource intensive mining platform would need.  We were thinking green.  But really, the electricity needed to run global bitcoin mining has been compared to the yearly electrical consumption of countries like Iceland, Ireland, and Morocco.

The pilot system will provide governance with smart contracts.  These smart contracts have rules, these rules are agreed upon by stakeholders, and these rules manage the effective intelligence of how the system operates.  From trade partner on-boarding, to data parsing, to data access, to costs and penalties, smart contracts facilitate the negotiation and operation of the system.  Transactions are encrypted and digitally signed using private keys.  Smart contracts will decrypt the payload using a combination of the networks public key and the node’s private key, process the transaction, and write a subset of the data contents to the blockchain.  We will not store the full payload on the blockchain, that is important.  The digital signature concept is also significant as it contains no payload data, which we thought of as a vital concept when comparing cryptography approaches such as zero knowledge proofs.

The pilot system will leverage the Quorum blockchain technology, a fork of Etherium, but we will remain technology agnostic in the bigger picture.  There are a ton of technology choices out there which have specific attributes which are important.  Whether we are talking about Etherium, or a fork of it, Bitcoin, or any other option, having the flexibility to be agnostic to technology is always important considering how rapidly technology is evolving.

That said, I am personally excited to be a part of something I consider very relevant to the industry and the potential future of the supply chain.  Not to mention that the technology itself is pretty darn cool.  And before internet trolls come out of the woodwork with the comments that distributed ledger technologies have been around for decades, I would argue that providing the practical application is the force behind the transformative power of what visionaries like Nakamoto (whoever he/she is) did.  For instance, when I think of helicopters I don’t immediately think of Da Vinci, but I will always marvel at the Mona Lisa or the Adoration of the Magi as examples of the practical application of the techniques and aspects he is famous for.  See what I mean?