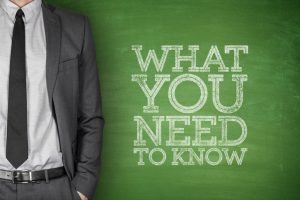 The Lexicon of Serialization: Terms You Need to Know

Serialization forms the new basis for the ongoing effort to secure the supply chain—most significantly the pharmaceutical supply chain, but also increasingly in other sectors. However, it is only the foundation on which other technologies are built to add this sought-after security. Serialization goes far beyond placing a number on a box.  These associated technologies, and the terms used to describe them, are explained here.

In discussions of product serialization and its application, the terms “track” and “trace” often seem to be interchangeable, or they are presented as a single technology. In reality, they are two separate but related practices that leverage the same collection of discrete events consolidated into a data repository for either point in time discovery or comprehensive lineage derivation.

To track a serialized object is to find its best-known location at a given moment in time (usually the time of inquiry). In a common implementation of tracking technology, used by many delivery service companies, an object’s unique serial number is scanned at certain points (e.g., at pickup, when placed on delivery vehicles, on arrival at sorting facilities). In this approach, a tracking query will return the location of the last scan event. A more precise method, which would be possible if the object in question is associated with a location tracker and communication system, could return near-real-time reports.  Tracking is “point in time” discovery.

An object’s trace is a record of its path through the supply chain. To turn again to the delivery service example, a report detailing all the scanning events for an object (which would be stored in the company’s and data repository) would provide an event-based trace for the package. In this sense, the trace is the collection of track events generated by the system and reported in chronological order.  Tracing derives an items comprehensive lineage.

A pedigree for an object is, at its heart, the object’s trace, with the relevant events frequently focused on changes in ownership. For electronic pedigrees, there may be additional requirements, such as document standards and signatures, often required by regulation. Pedigree requirements usually center on recording verified events that can be legally attested by stakeholders.  To summarize, an object’s pedigree consolidates all the serialized tracing available and combines it with associated metadata like ownership at various points in the lineage, signatures and other possible data items required by a standard or regulation.

Basic verification of a serial number involves confirmation that the number was legitimately issued by the organization that created it. By verifying numbers, stakeholders may be able to identify counterfeit product in which the counterfeiter attempted to guess actual serial numbers to apply to items.  Combining verification with other techniques (such as comparing the scan location with the intended destination of the product) could give some measure of “authentication” as well.

Product authentication is confirmation that the product was legitimately produced by the manufacturer, and goes beyond basic verification of a serial number. It may be implemented by adding overt measures that are difficult or expensive to reproduce (micro-printing, holograms), or by adding covert methods (UV print, taggants). Some of these approaches require special systems at the point of authentication.  Additive authentication measures are being augmented by emerging non-additive techniques to detect product authenticity leveraging variances in the printed packaging itself.  Increasingly, smartphones are a desired field tool to be used for corporate and/or consumer authenticity detection.