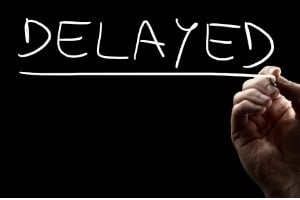 Of course, no one should interpret these actions to mean that regulator interest in serialization regulations is waning. Rather, these delays show just how hard it is for governments to create pharma serialization and tracing regulations that are workable—or at least capable of being implemented across the entire industry in a short time. When delays are announced by government regulators they are usually driven by the realities of industry readiness—or, more precisely, the lack of it. If the entire industry isn’t ready, your government’s arbitrary deadline will cause vital therapies to become inaccessible to your citizens overnight. That doesn’t work very well.

In just the last eight weeks this pattern has been replicated in some smaller pharma markets, but with a twist. Egypt, India and Pakistan have each pushed back one or more of their pharma barcoding or serialization deadlines. But instead of industry readiness, the reason Egypt and India cite is that these governments are not ready to accept the serialization data generated. In somewhat of a break from the norm, Pakistan only pushed out their non-serialized barcode requirement, and appears to have retained their original serialization deadline.

In Egypt, the original deadline for serialization and data upload to a government portal was June 1, 2018. The only problem is, no one knows exactly how to format the upload data and where and when to send it. The Ministry of Health was supposed to publish the technical specifications before the deadline but so far they have not. After the deadline passed, the government issued a notice that the deadline would be “extended”, but no new date was given. Obviously they can’t establish the deadline until they know when they will be able to publish the technical specifications.

India has had a long history of pushing out their deadlines over the last two years, but their export serialization requirement for secondary and tertiary packaging finally went into effect for large companies in April of 2016 and for smaller companies in April of 2017. The regulation also mandated that the data associated with those exported packages be uploaded to the DAVA portal. Earlier this year it was noted that some companies were not uploading all of their serialization data for various reasons, one of which was that the DAVA portal has technical problems. In April of this year the Commissioner of Customs announced that they would impound any drug packages being exported if the serialization data was not found in the DAVA portal. Within weeks, the Commerce Ministry acknowledged that the DAVA portal has technical problems. They announced a delay in the serialization and the data upload requirements until November 15, 2018 to give the National Information Center (NIC) time to fix the problems and ensure smooth operation.

In Pakistan the deadline for printing a barcode on drug packages was originally November 15, 2017, with serialization in the barcode being optional until June 15, 2019, and data capture of the barcode data by trading partners starting on June 15, 2020. But lots of companies missed that initial barcode deadline. So the Supreme Court of Pakistan held a hearing in early March of this year to allow the government and industry to state their cases regarding that deadline. Industry was asking for a more reasonable timeline. What they received was, a little more time for the barcoding deadline. In a Supreme Court order dated April 26, 2018, the Court said, in part:

“[…] We also direct that all the pharmaceutical companies, within a period of three months, shall implement and enforce a bar code not only on the box but also on the wrappers affixed upon the containers/bottles of the pharmaceutical products [...]"

The new deadline for barcoding drug packaging from this order appears to be July 26, 2018. What are “the box” and “the wrappers”? Some in the industry believe that “the wrappers” refers to drugs that have a primary package but no secondary package (a bottle of drugs), and “the box” refers to any secondary packaging. The assumption is that this order only affects the deadline for the barcode and has no effect on the deadline for the serial number being required in that barcode. In that case, that deadline remains June 15, 2019.

Delays in deadlines and enforcement are not uncommon. But until they are officially announced by a given government, companies should not assume they will be pushed out and should continue preparing to meet the current deadline. Contact Systech to discuss how we can help you meet those deadlines with a global-ready solution.

Disclaimer: Our interpretation of regulations and deadlines cited in this and other Systech documents and statements may be inaccurate or incorrect.Readers are encouraged to make their own determinations about regulatory requirements and deadlines