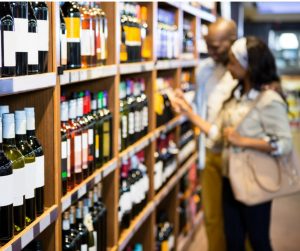 The Real Threat of Fake Alcohol: A Q & A with Safeproof.org

If you’ve searched online for information about the dangers and risks of counterfeit alcohol, chances are you’ve encountered Safeproof.org. They’ve been researching, writing and informing the industry and consumers about counterfeit or fake alcohol—creating awareness and tracking the global trends. We reached out to Safeproof.org’s Daniel Dachille to ask some questions about these issues, and the answers are eye-opening!

What percentage of alcohol (wine and spirits) is counterfeit?

Many countries do not have the enforcement resources and tools to focus their efforts on fake alcohol, it is often stumbled upon when checking tax records.

Are there certain channels and/or locations where this is more prevalent?

The fake alcohol industry is worldwide. Throughout 2017 published stories of raids on fake alcohol facilities have emerged from Ireland, England, Germany, Russia, Namibia, Kenya, China, Vietnam, Cambodia, India, Bali, Turkey, Malaysia and Australia. Many countries do not publish stories on fake alcohol. Instead they focus on tax fraud.

Is product diversion/piracy an issue in this industry? If so, what is the scope of the problem?

Countries that have enacted Prohibition see a rise in illicit importation as well as a surge in fake alcohol importation. As these are all criminal enterprises, there is not an estimate on the extent of the problem. In dry States within industry there are almost daily reports of alcohol smuggling both authentic and spiritous.

What are adult beverage companies doing to prevent counterfeiting? How much are they spending to combat the problem?

Alcohol producers are currently experimenting with various anti-counterfeiting initiatives to stem the tide of counterfeit alcohol. The amount they are spending is hard to determine, as it is mostly contained within their marketing budgets. The methods already used are quickly thwarted by alcohol counterfeiters included holograms, internal bottle codes and RFID bar codes.

Most large distillers are issuing grants and funding methods that would detect fake alcohol with chemical readers. The success of these readers which are used both through the bottle and on the liquid itself have yet to prove their capabilities and if they are fool proof. In any event, equipping every alcohol wholesaler and retailer with a device is a costly and long-term project even if they are found to be effective.

The mission of SafeProof.org is to raise awareness of fake or counterfeit alcohol and to keep liquor safe with a goal of becoming a clearing house of statistical information that will enable a more sustained effort in the battle against, fake, tainted and counterfeit alcohol. How can wine and spirits brands prevent counterfeiting, stop bottle refilling and engage their customers? Check out Systech’s related infographic that explores the consumer demand for brand and product authenticity—the challenges, solutions and opportunities.